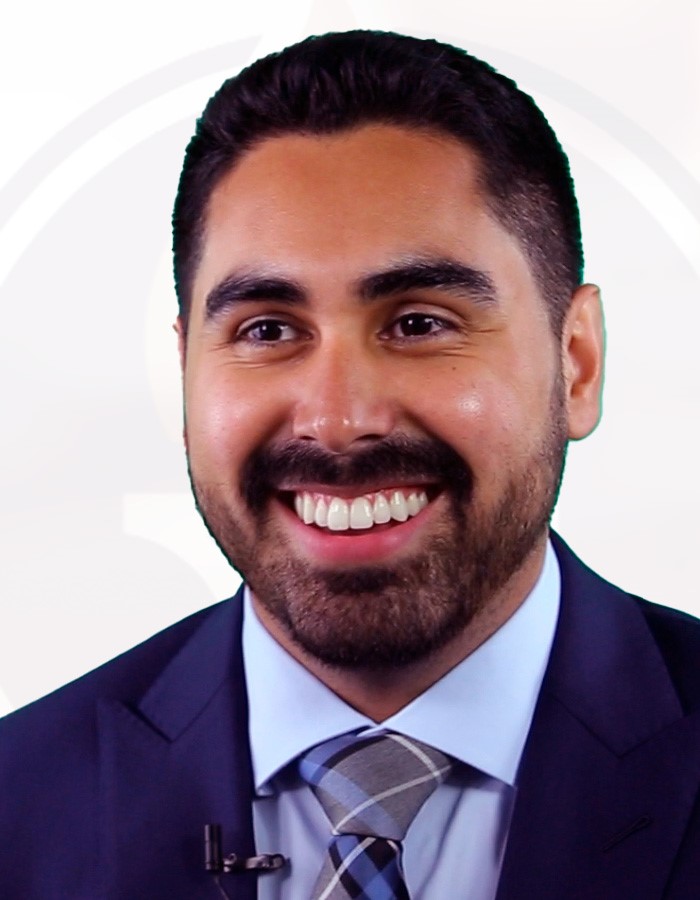 Juan Solis is a licensed attorney who works at the Law Offices of Manuel Solis. Juan represents clients in cases ranging from Immigration to Civil Litigation, and he is heavily involved in the firm’s Insurance Litigation department.

Juan graduated from Point Loma Nazarene University in San Diego with a Kinesiology degree in 2014. After graduating from PLNU, he enrolled at the South Texas College of Law and graduated in 2017. While in law school, Juan also completed an MBA at the University of Houston’s Bauer College of Business and became licensed as an Emergency Medical Technician (EMT) in Texas.

Mr. Solis was born in Houston, Texas, and is a second-generation attorney. In his free time, he enjoys being outdoors, exercising, watching sport, traveling, and spending time with his family and friends. He particularly enjoys watching and playing baseball as he played collegiately at the University of Houston-Victoria for two years.